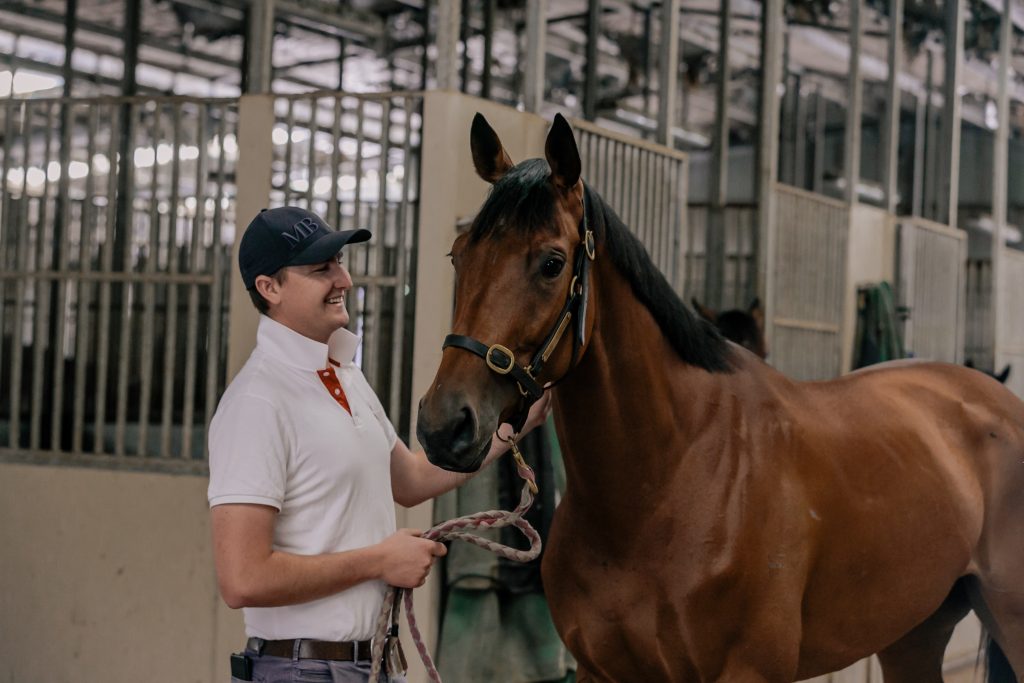 The Roger James and Robert Wellwood stable will step out stable stars Rondinella and Concert Hall at the Taupo trials on Wednesday with James keen to get a line on their fitness levels as they get set to commence their spring campaigns.

The Taupo club will run two open 1100m trials prior to their race meeting on the day with James keen to take advantage of the predicted improved track conditions at the venue for the pair.

Rondinella is set to line-up in the first of the trials off the back of an exhibition gallop at Tauranga recently.

“I am pleased with how she is shaping up so far but the trial will give me a better guide on where she is at and what we need to do to get her ready for her first start this time in,” James said.

“She had a good break after her efforts in Sydney and seems to have strengthened up even further for this preparation which is a very good sign.

“She went from a one race winner to competing at Group One level in Australia in her last campaign, so she came a long way in a short time.”

The Ocean Park mare, who holds a nomination for the Gr.1 WS Cox Plate (2040m) at Moonee Valley, finished off her four-year-old season running fourth in the Gr.1 Sydney Cup (3200m) following a third-placed finish behind Avilius in the Gr.1 Tancred Stakes (2400m), both run on unsuitable heavy tracks.

“If she can make the necessary improvement then she could be in for quite a season as I believe her potential is relatively untapped,” James said.

“She finished in the money in her last three starts on wet tracks which weren’t really to her liking so to do what she did was quite remarkable.

“At this stage we haven’t really mapped out a programme for her but once we have seen how she trials then that will be the next decision to make.

“She is likely to go straight to Melbourne for her first-up run which could be either in the New Zealand Bloodstock Memsie Stakes (Gr.1, 1400m) at the end of the month or wait for a race at Moonee Valley a week later.

“She holds a nomination for the Cox Plate while the Caulfield Cup is also an option although I think she will be suited to a fast run 2000m on a good track as her best option.”

Savabeel five-year-old Concert Hall also proved a revelation during her last campaign where she won three of her last four starts including the Gr.3 Cuddle Stakes (1600m) at Trentham. She will tackle proven Group One performers Volpe Veloce, Shadows Cast and Nicoletta in another star-studded line-up in the second 1100m trial on Wednesday.

“I’m keen to try her over ground during this campaign as her breeding suggests that is where she will be best suited.

“We thought about it last season but she was going so well at 1600m that we decided to keep her to that distance.

“She is back looking big and strong and we should get a good line on her after the trial.”

The Taupo track was rated a Slow7 on Sunday but with an improving weather forecast, hopes are high that the track will dry out further before the meeting. – NZ Racing Desk