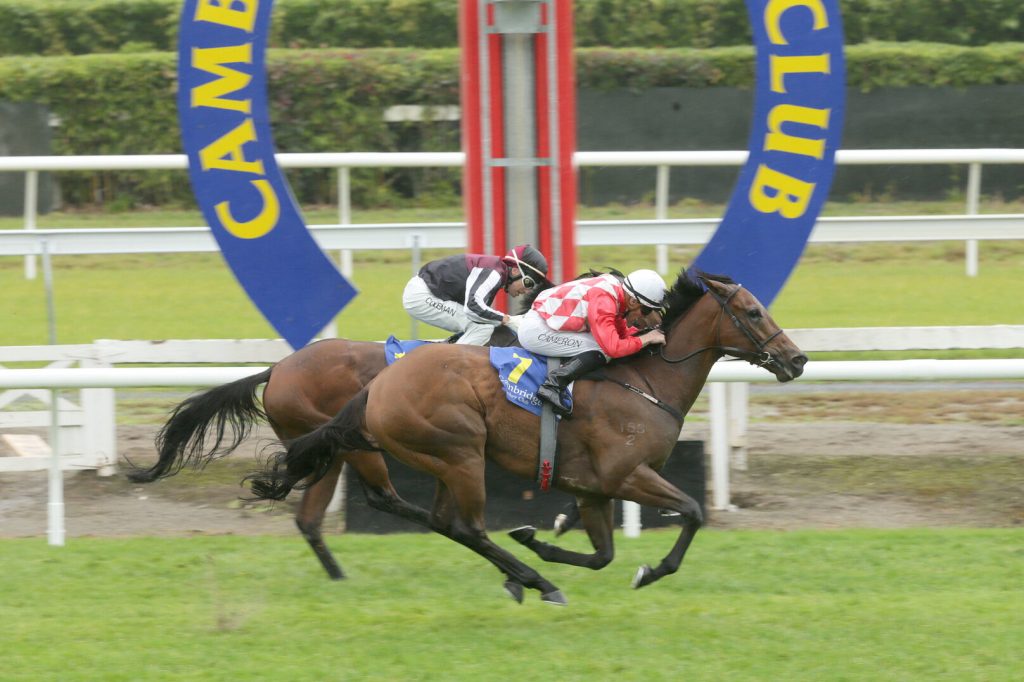 Roger James is confident that Killarney can make his mark in top company over the next couple of seasons. The Matamata trainer has long held the four-year-old in high regard and he gained a good degree of satisfaction from the son of O’Reilly’s winning performance in the Harness Racing Waikato Premier at Te Rapa on Saturday.

Killarney has now been successful in four of his seven starts and will be turned out to allow him more time to strengthen.

“He’s been a big, gangly horse and I think there is a big race in him,” James said.

“I’ve got a lot of faith in him and had he done things more correctly today he could have been more decisive.

“He’ll got out now and he’ll be even better as a five and six-year-old. He’ll get a mile and that gives us a lot of options.

“As he gets more professional he could go for an undercard race in Australia.”

Killarney settled at the back of the field under rider Matt Cameron, who drew the gelding wide on the home turn and the horse produced a sustained finish.

“He’s a very good horse who lacks ring craft, but once in the clear he got the job done,” Cameron said.

Thatsforsure had dashed clear 200 metres from home and a canny Michael Coleman ride only came up a long head short with Nailed it and encouraging first-up third.

The well-backed Let Her Rip finished fifth after being shut out of a gap on straightening. – NZ Racing Desk