James lean of runners but striking 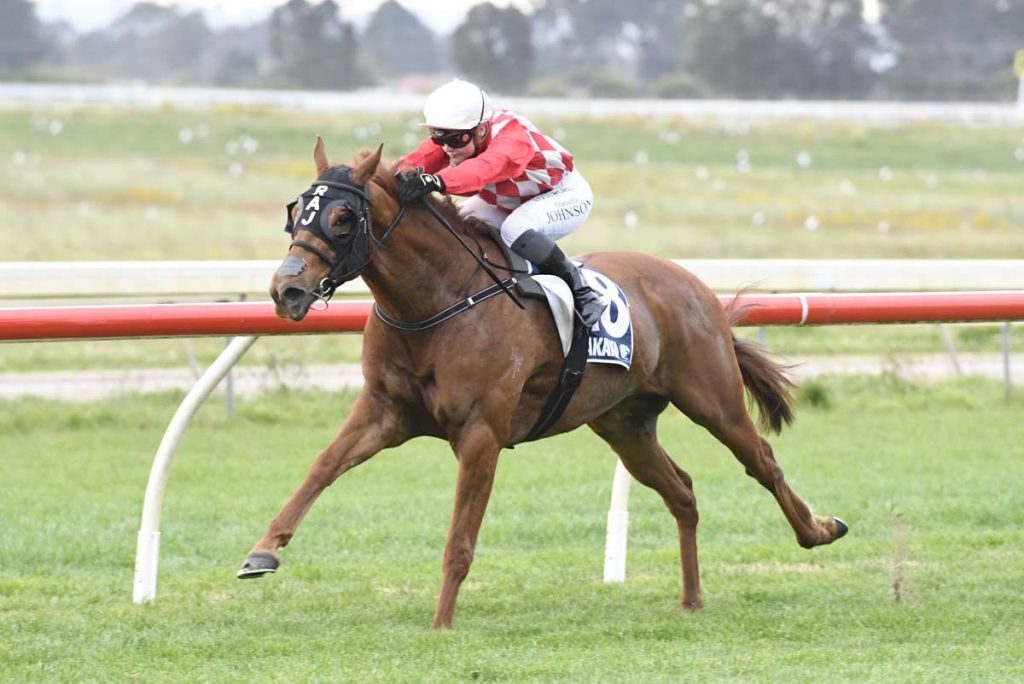 Roger James picked up a couple of bonus wins over the weekend with the promise of more to come. They are considered “bonus” wins because James rarely has many horses racing during the winter months and those that are going around are usually gathering experience for goals later on.

That is the case with Poker Face, a three-year-old son of Jimmy Choux who took his record to two wins and five placings from nine starts when charging home from the rear to win the Harcourts Bream Bay 1600 at Ruakaka last Saturday.

Poker Face was placed in his first four starts and broke through for his first win in his sixth start, fresh-up at Pukekohe last month over 1400 metres. He then ran fifth and fourth at Ellerslie and Te Rapa respectively and James took advantage of the better ground at Ruakaka for him and the outcome was perfect.

Poker Face had finished strongly into fourth behind Huayra at Te Rapa and the step up to 1600 for the first time played into his hands with rider Michael McNab winding him up late to get the money by a short neck from fellow Cambridge galloper Luen Yat Miracle (trained by Shane Crawford).

James has always had faith in the ability of the well-named Poker Face, a son of Our Lady Gaga. (Poker Face is the name of one of the hit songs by pop star Lady Gaga).

“I think he’s got a future,” said James. “If we place him well and with maturity he could win a nice one.”

Poker Face won the final race at Ruakaka and the following day James lined up just one horse for a win. That was Bonny Emilia, who prevailed in the Crowe Horwath 1400 also in the hands of McNab.

Bonny Emilia cleared maiden ranks over 1400 metres at Rotorua last January and in 10 subsequent starts leading into last Sunday’s outing she had been placed five times. But in her two lead-up runs to Te Awamutu she has finished among the tailenders and James was concerned about the heavy10 surface last weekend.

“I actually wondered whether she’d handle it this heavy, but we’ve scratched her a couple of times for various reasons and decided to go, said James.

“I couldn’t believe how well she was travelling on the turn. It was a nice ride by Michael and nice to get a win for the owners.

“That was the plan to have her handy – the shape of the track suits. She’s got a short sharp sprint and this (Te Awamutu) has got a short straight.”

Bonny Emilia tracked the leader, Quantum, and was pushed through to challenge on the home turn. The pair then set down for a battle and Bonny Emilia got the upper hand late to score by a half-length.

James is now hoping his winning streak can extend to three with Hoof Hustler, his sole runner at Pukekohe tomorrow.

Hoof Hustler will be ridden by comeback jockey Troy Harris and has the form on the board to be the horse to beat in the first event, the Ssangyong 2100.

He finished a mere half-head from his stablemate Pythagoras on the Pukekohe track over 1600 in his second start before a last-start solid-finishing fourth to Mastercard over 1600 at Te Rapa when ridden by Harris.

The step up to 2100 metres should be ideal for the three-year-old son of Shamoline Warrior. – Cambridge JC