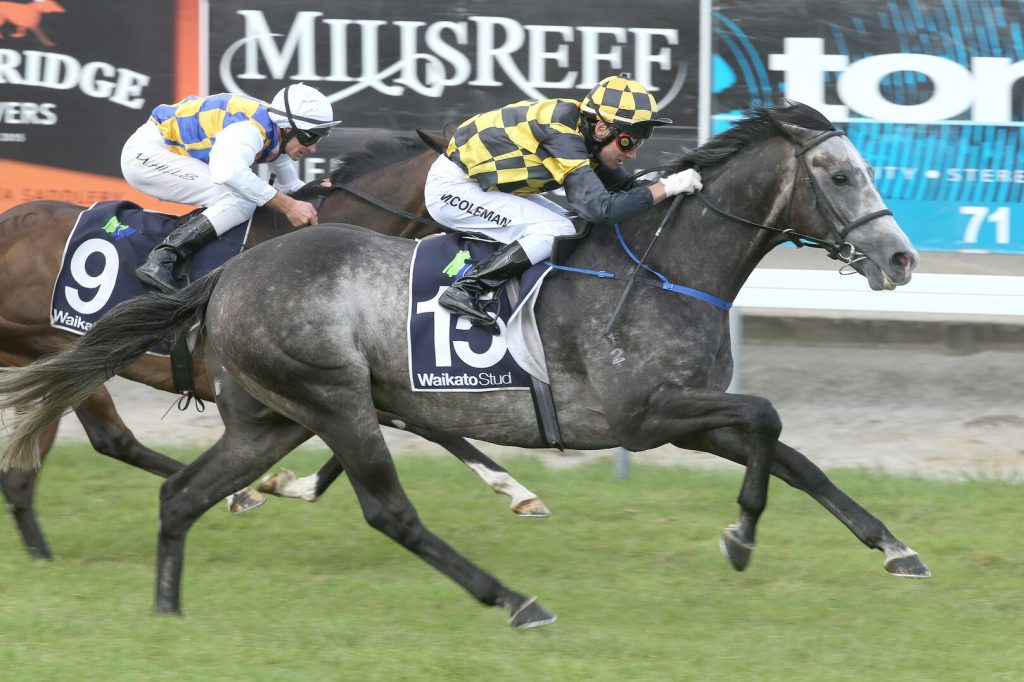 Roger James is looking at Australian options for his stakes-winning stayer Von Tunzelman. The Cambridge trainer has yet to lock in the lightly-raced grey’s spring programme, which will be firmed up after his first domestic appearance.

“He’s come back well and I’ll look to step him out over 1400 metres once there is improvement in the tracks,” said James.

“That will hopefully be in the next two or three weeks then we’ll decide about Australia, be it Sydney or Melbourne.”

Raced by breeders Brendan and Jo Lindsay, Von Tunzelman has won four of his 11 starts including the Listed Kaimai Stakes at Matamata last February.

In one subsequent appearance, the son of the Group One performer J’Adane finished a creditable sixth in the Gr.1 New Zealand Stakes at Ellerslie.

“He’s nice and strong now and if anything he’s come back more relaxed, which is good,” said James.

Von Tunzelman enjoyed a hit-out at the Avondale trials yesterday and, despite the Heavy 10 going, he finished runner-up over 1000 metres.

Also in action was his talented stablemate Romantic Maid, who ran in behind the placegetters in her open heat.

“She’s probably more weather dependant than him,” said James. “She got locked up and was doing her best work on the line.”

Romantic Maid has won four races, including one at Randwick last season, and she will chase domestic black type honours later in the season.

James has no immediate plans for the High Chaparral mare, who will be marking time until the tracks offer better footing.

Meanwhile, another highly-rated stablemate, Killarney, could be in for a lucrative season.

“He’s come back really well. He’s probably a win away from being set for something significant here,” said James.

A son of O’Reilly, Killarney has fashioned the tidy record of four wins and two seconds from his seven appearances.

The talented youngster Hanger is also closing in on his seasonal return.

Also by O’Reilly, the gelding only made one appearance last term and finished third in the Listed Reid & Harrison Slipper at Matamata behind the subsequent Group One winner Summer Passage.

“He’s a smart horse and he’s about three weeks away,” said James of the son of the Group Two winner Do Ra Mi. – NZ Racing Desk