Killarney back to winning form in Awapuni sprint 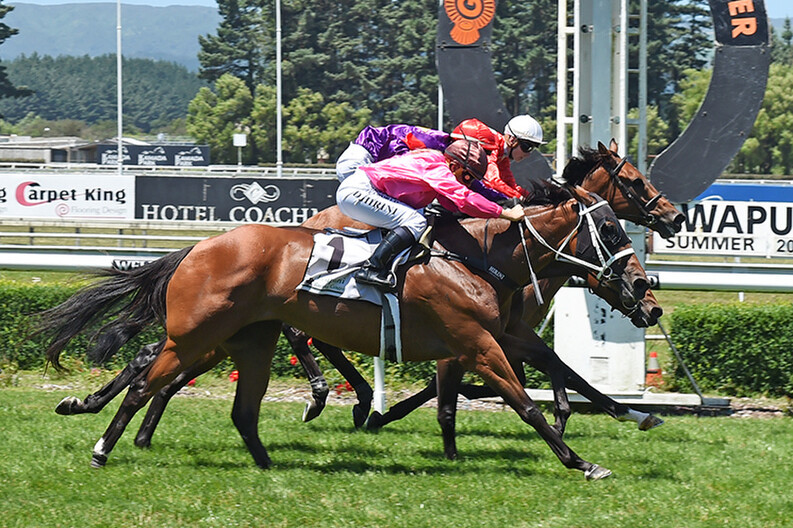 High-class galloper Killarney made a welcome return to the winner’s enclosure when he claimed the open sprint at Awapuni on Saturday.

The Roger James and Robert Wellwood-trained six-year-old has been plagued by niggling injuries and was posting his first victory since he last saluted the judge back in April 2017.

The strapping son of O’Reilly gave his supporters some anxious moments in the five-horse field as he searched for a run in the home straight, but once rider Ryan Elliot found clear air, he produced a punishing burst to claim victory in a blanket finish with Darscape Princess and Heni.

Wellwood acknowledged the efforts that had gone in to getting Killarney back to the track after his injury woes.

“The horse has had a lot of soundness issues and everyone has put in a lot of work to get him back, so it is super to see him first past the post again.

“We’re going to cross our fingers he comes through this and then we can have a bit of fun from there.

“We’ll take it day by day, but we could have a throw at the stumps in a nice race if he comes through this.”

Elliot, who has been on a run of good form that sees him sitting in the top twenty on the National Jockey’s Premiership ladder, was delighted with the win.

“I was hoping to just sit fifth and follow the four in front of me around, but he jumped well today,” he said.

“Once he got that clear air, he’s hit the line hard and tried 110 percent.”

There was a sensation before the race as the well supported Ugo Foscolo was declared a late scratching after failing to take his place behind the starting gates due to his refusing to go any further than 100m from the birdcage area– NZ Racing Desk.