Wellwood still coming to terms with first Group One 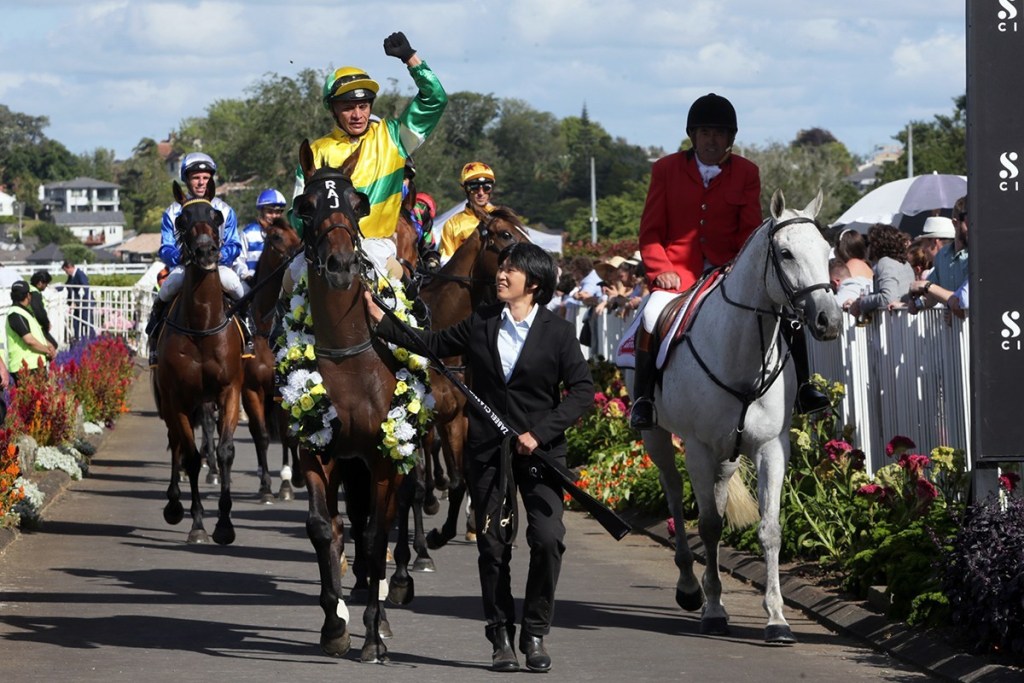 While his training partner is an old hand when it comes to producing winners at the elite level, Robert Wellwood was an uncapped novice until just after 5pm at Ellerslie on Saturday.

In front of a massive crowd, Savabeel six-year-old Concert Hall (NZ)dashed home out wide to take out the Gr.1 Cambridge Stud Zabeel Classic (2000m) and credit Wellwood with his inaugural Group One victory in just his third year in partnership with master horseman Roger James, a feat that Wellwood had been thinking about since the day the partnership began.

For the Hawke’s Bay born and bred twenty-six-year-old it was a dream come true and one that is taking time to sink in.

“I’ve pulled up alright after a big night, but I don’t think that what we achieved yesterday has quite sunk in yet,” Wellwood said on Sunday morning.

“You put in a lot of hard yards with all the team behind Roger and me, so when you get a result like we did, it is pretty special.

“We had had a frustrating day up until the Zabeel Classic, with wide draws putting paid to most of our chances even though the team all went well.

“It was a case of close but no cigar until then, with Concert Hall being our last throw at the stumps and thankfully, it was a good one.”

Like many in the racing industry, Wellwood developed his love of horses participating in pony club and then the showjumping ring, before being bitten by the racing bug through the deeds of an equine superstar across the Tasman.

“I’m a Hawke’s Bay boy who rode showjumping and the like, which developed my passion for horses,” he said.

“There wasn’t much of a career path as a showjumper unless you are based in Europe and it was around then that I really fell in love with racing through watching Black Caviar over in Australia.

“Watching her go unbeaten in 25 starts as an athlete that was so much superior to her opposition got me thinking about chasing my own Black Caviar.

“It’s true what they say, in that once you have racing in your blood it never goes away.”

Wellwood started his racing journey working for Lime Country Thoroughbreds in his home region before attending Waikato University. While studying he also rode trackwork for Tony Pike and did some work as a barrier attendant and as a bid spotter at auction time for New Zealand Bloodstock.

A chance meeting with Roger James at Karaka soon had him on track to becoming a fully-fledged trainer.

“I always knew I wanted to train and was lucky enough to strike up a conversation with Roger during the Ready To Run sale at Karaka,” Wellwood said.

“One thing led to another and he developed a plan that if everything went right, then it could end up in a partnership.

“That was about four and a half years ago and we are now into our third year in partnership and winning a Group One.”

James has been very supportive of Wellwood throughout their association and was full of praise for his young colleague after Concert Hall’s victory.

“Robert deserves this as he has done the hard yards and I’m proud to have him on my shoulder,” he said.

“It’s a good partnership and he brings a lot of colour and flair to it.

“He is prepared to put in the hard work and is dedicated to the industry, so we need more like him.”

Wellwood appreciates the skills he is learning from James as he looks forward to a bright future in racing.

“We work well together and who better to learn off than Roger,” he said.

“He’s been doing this for a lot of years and is so forthcoming with his knowledge. I’m just so thankful and grateful to be taken into the role I have with someone like him.

“Hopefully over the next few years I can continue my development and fingers crossed, to have a successful career.

“We have a small team and intend to keep it that way, so we’re just going to keep building on that and I’m pretty excited about where it could all lead.”