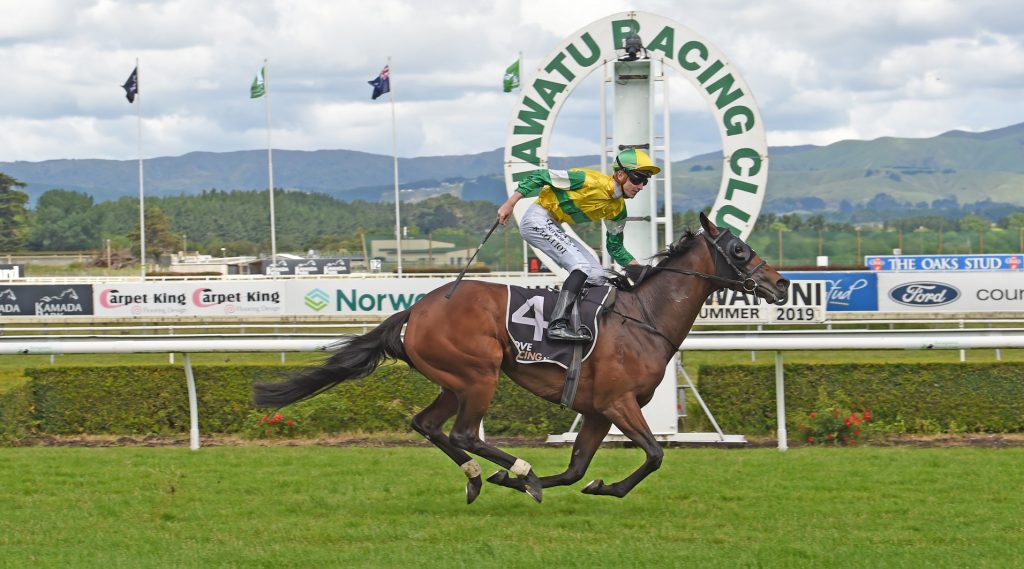 Cambridge trainers Roger James and Robert Wellwood are still coming down from the high of winning the Gr.1 Zabeel Classic (2000m) with Concert Hall (NZ) (Savabeel) at Ellerslie on Boxing Day, and they are now looking at international targets with the mare.

Her trainers are now weighing up their options with the mare, but a trip across the Tasman to try and plunder Australian spoils is on the horizon.

“She has been really well after her win in the Zabeel Classic,” James said.

“We are a little bit undecided as to what we do with her. I will most likely incorporate an Australian trip.

“There are a number of options over there, but she will have another run in New Zealand and then work from there.”

One of those New Zealand targets could be the Gr.1 Thorndon Mile (1600m) at Trentham on January 21.

While looking forward to tackling some Australian features with the Joan Egan bred and owned six-year-old, James’ focus this week is on Ruakaka on Thursday where stable runners Apostrophe (NZ) (Tavistock) and Punchline (NZ) (Savabeel) could make their raceday debuts in the Northland Business Systems (1400m) and Fell Engineering (1400m) respectively.

Both three-year-olds take trial placings into their respective assignments, however, James said Punchline could bypass Thursday as a result of her drawing wide in barrier 16.

“Looking at the draw for Punchline, they are a doubtful starter,” he said. “While Apostrophe is a progressive filly that keeps on improving, so I am looking forward to her debut on Thursday.”

“She has just a little hiccup in training, but will be back in about 10 days,” James said. “She will have had about three weeks off.

“Because we have missed a little bit of ground with her, it will probably be mid to late autumn now before we get started. I haven’t really set a target for her at this stage.”