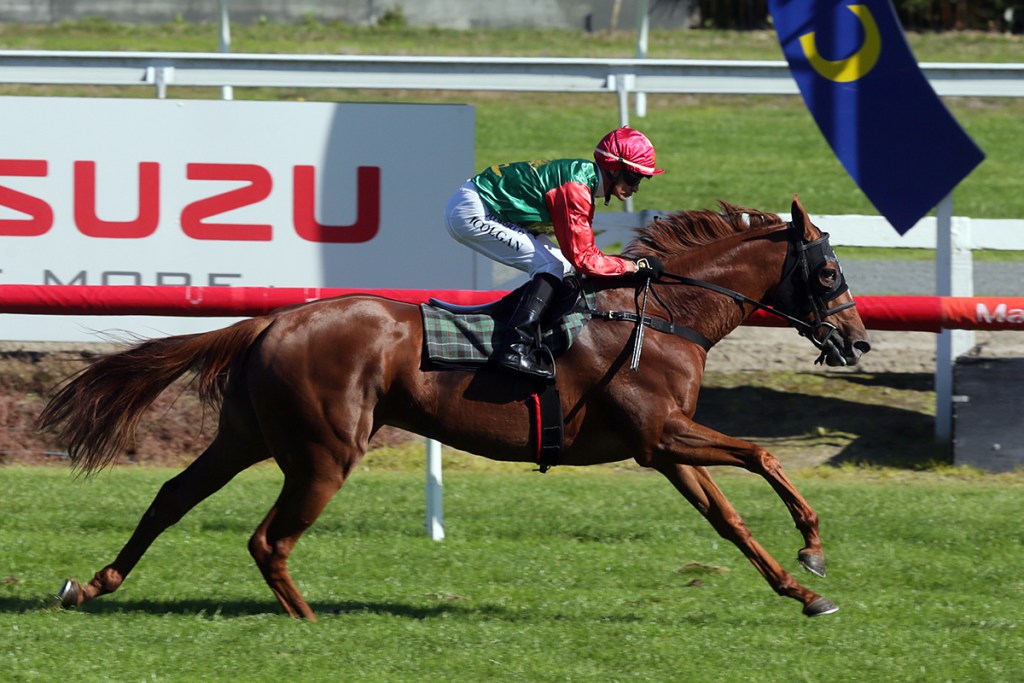 Two Illicit will be seen in action in the Gr.2 Hollindale Stakes (1800m) at the Gold Coast this weekend Photo Credit: Trish Dunell

The Roger James and Robert Wellwood-trained Two Illicit was on a plane to Sydney on Sunday morning as she prepares to tackle the Gr.2 Hollindale Stakes (1800m) at the Gold Coast next Saturday.

James, who also caught an early Sunday morning flight to Sydney, was beaming after watching the daughter of Jimmy Choux complete her gallop at Te Rapa.

“I thought it was just beautiful work and I was delighted with how she pulled up afterwards,” he said.

“She flew over to Sydney on Sunday morning and will head up to Queensland on Tuesday.

“She will take on the Hollindale Stakes and after that her mission is the Doomben Cup (Gr.1, 2000m) a fortnight later.

“She looks great and she is over the few niggles she had in the spring, so we couldn’t be happier with her.”