What Roger James describes as a “light-bulb moment” has led to one of the major forces in Australian breeding and racing, John Messara’s Arrowfield Stud, taking a significant share in the headline lot purchased by the Cambridge trainer at the National Yearling Sale.

James and his partner at Kingsclere Stables, Robert Wellwood, approached the New Zealand Bloodstock auction with a determination to secure as many of their pre-sale selections as possible. 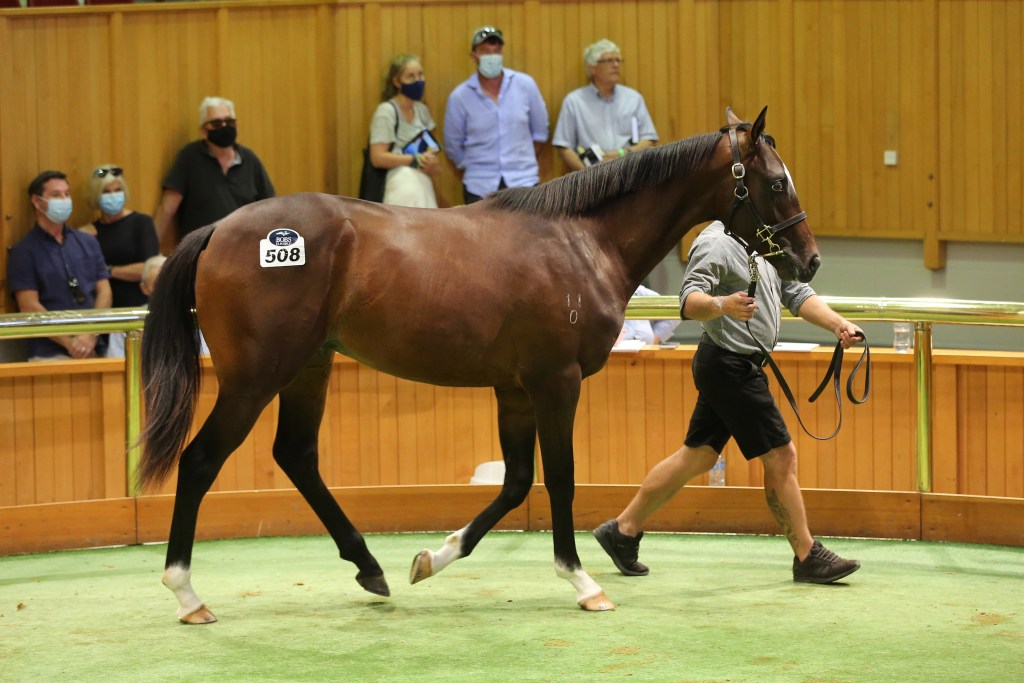 That was a departure from what had happened a year earlier at Karaka, when time and again they found themselves second-bested and at the end of it all, went home with nowhere near what they had hoped for.

This sale was going to be different and heading into the big week their strategy was coming together with committed support from clients of long standing as well as fresh investors.

However, the yearling at the top of James’ wish-list, Landsdowne Park’s colt by The Autumn Sun from the More Than Ready mare Pristino, might still be a bridge too far given the level of interest in him from across the buying bench.

“I’ve been going to the National Sale since Trentham in the ’80s, and in all that time I can’t recall a better looking horse,” James said.

“He was such a fluent walker, like a panther, even when he was turning his action was so smooth. In conformation, size and balance, he was as close as you could get to perfect.

“I did have a number of parties prepared to come on board, but not what I thought would be enough to guarantee we could go all the way, so I still had more to do on him.

“While I was mulling it over I had this sudden light-bulb moment, so I rang Arrowfield’s bloodstock manager Jon Freyer and ran the idea past him whether John Messara might be interested.

“That led to John making contact with me and relating how he had received a call from Andrew Williams, who was at Karaka, telling him of all the colts by The Autumn Sun he had seen through the summer sales, this was the pick of them.

“At the end of that conversation John said ‘Roger, if he’s as nice a yearling as I’m being told, I’m in.’”

Messara’s attraction to a standout colt from The Autumn Sun’s first crop was understandable given the son of former resident champion Redoute’s Choice was bred at Arrowfield and then sold as a yearling for A$700,000 to Hermitage Thoroughbreds.

Under Chris Waller’s training, The Autumn Sun became Australian champion three-year-old of 2018-19, retiring as the winner of five Group One races including the Caulfield, Randwick and Rosehill Guineas.

Along the way Messara had bought back into him with the intention of bringing the stallion prospect, described as a natural heir to his own sire who died just days after The Autumn Sun’s final race in the Rosehill Guineas, back to Arrowfield.

Fast forward to Lot 508 going through the Karaka ring during the final session of Book 1, and Roger James fought off all others, signing for him at $900,000, the second highest price of the whole National Sale behind Mo’unga’s $1 million brother.

“I don’t exactly know why, but I got very emotional when the gavel came down,” James reflected. “It caught me by surprise; maybe it was because we had done it, we had got the horse we so desperately wanted.”

At the end of the National Sales Series, James and Wellwood had secured nine lots at a total spend of $2,595,000, with the next most expensive at $625,000 for the penultimate lot in Book 1, Haunui Farm’s Savabeel-Symphonic filly.

James has confirmed that Arrowfield Stud has taken a 25 percent interest in the colt by The Autumn Sun, the same portion as retained by his breeders, the Robinson Family Trust and Auckland businessman Craig Grammer, while the remaining half will be shared between a group of familiar and newer stable clients.

“We won’t be doing anything in a hurry with him,” James added. “Right now he’s enjoying some time out on lovely autumn pasture before he goes to the breakers and we work out a programme.

“I expect when he does get to the races it will be with the Arrowfield colours up, which in itself is exciting along with everything about him.” – NZ Racing Desk