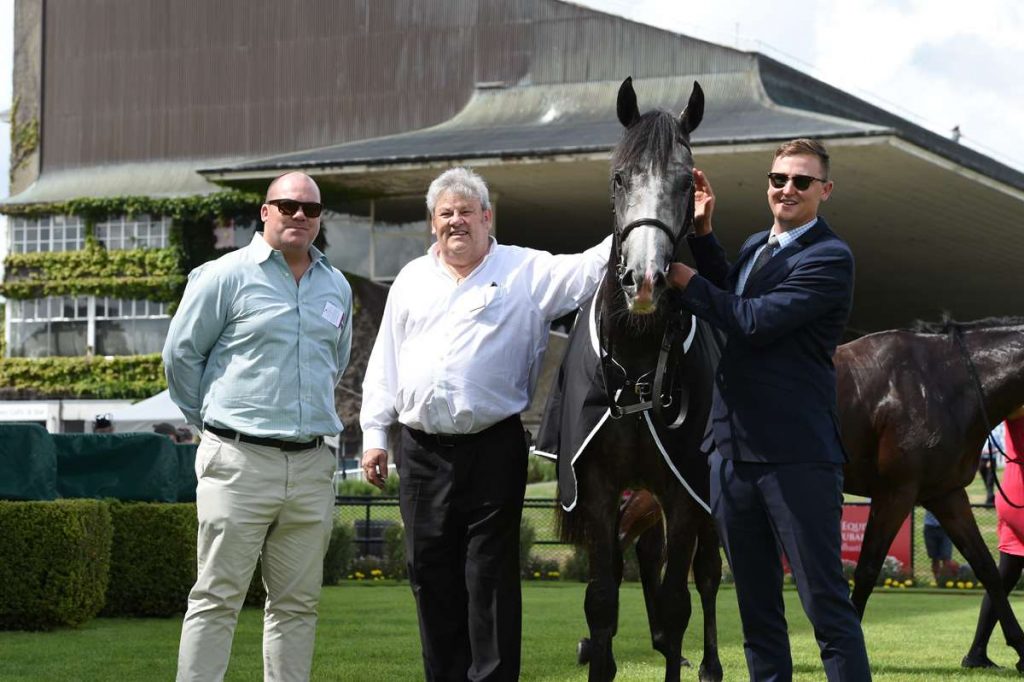 A convincing win in the $35,000 Seafood Bazaar 1600 at Te Rapa this afternoon has booked Von Tunzelman a ticket to Australia’s most famous raceday.

The well-bred son of Zabeel and the Group One-placed mare J’Adane has made impressive progress through the grades in New Zealand, capped by a Listed win in the Kaimai Stakes in February.

Having surged out of midfield to run down the game leader Waipipi Lad for a half-length victory in today’s 1600-metre open handicap, the grey gelding will now be given his chance in Australia.

“Brendan and Jo (Lindsay, owner-breeders) told me some time ago that they were keen to have him run on Melbourne Cup day at Flemington,” trainer Roger James said.

“There’s a stakes race there on the support programme (the 1800-metre Listed James Boag’s Premium Stakes for a stake of A$150,000), and this whole preparation has been angled around getting him there. This win should ensure he gets in the field.”

The win was Von Tunzelman’s fifth from 14 career starts and took his prize-money earnings past $97,000.

After resuming with a brave third on a bottomless Heavy11 track at Ellerslie, Von Tunzelman had finished 10th second-up at Te Rapa – but only 2.5 lengths from the winner Hiflyer.

“I’ve been very happy with both of his runs so far this campaign,” James said. “When it rained today, he’s not at his absolute best on wet tracks, but I knew he was fitter for his two runs back.”

Provided he performs up to expectations at Flemington, Von Tunzelman may step up to Group Three level for the A$150,000 Eclipse Stakes on November 18.

“All going well he will run at Sandown about 10 days after Flemington,” James said. “I think autumn might be the time to really push the envelope with him. He’s been patiently handled up until now and he’s needed that, but autumn might be when he takes the next step.” – The Informant