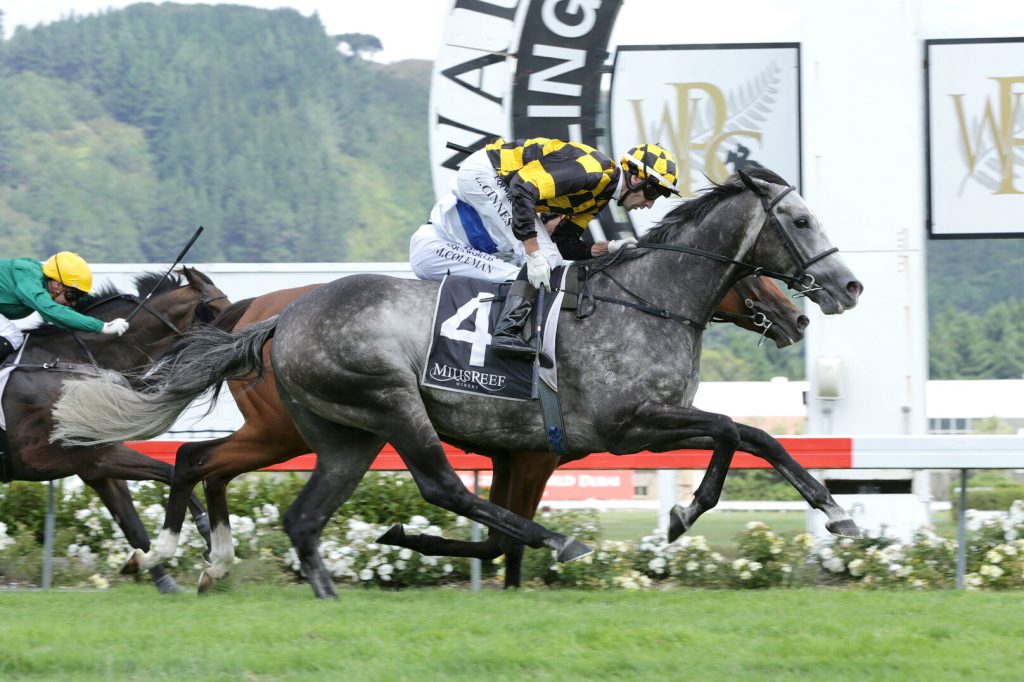 The Roger James-trained five-year-old has had four previous starts at 2000 metrm or further for two wins – one in the Listed Kaimai Stakes (2000m) at Matamata last February – a second placing in the Hamilton Cup (2000m) at Te Rapa and a sixth placing in last March’s Gr.1 New Zealand Stakes (2000m) at Ellerslie.

The NZ Stakes was the last time the Brendan and Jo Lindsay-bred and raced Von Tunzelman raced past 1800 metres.

“We would have liked him to draw a bit closer [than barrier 11] to get a softer run, but the whole stable is pretty excited to see him up over a middle-distance again,” said James’ racing manager Robert Wellwood.

A winner of five of his 17 starts, Von Tunzelman campaigned in Melbourne last spring, finishing fifth in the Gr.3 Eclipse Stakes (1800m) at Sandown, before returning to Cambridge to prepare for summer racing.

He resumed with an eye-catching seventh in the Gr.2 Rich Hill Mile (1600m) at Ellerslie on New Year’s Day.

“It was a super run,” said Wellwood. “He probably looked a bit flat-footed at the 600 [metres], but he’s let down enormously. His last 600 was one of the quickest in the race.

“He galloped on Tuesday and it was super work. He’s come through the race well and he’s progressing well.

“We freshened him up since coming back from Aussie and the step up in distance will suit him better. We’re pretty confident.”

“If he’s racing like a stayer, we could look at the City of Auckland Cup, but we’ll get this race over first and know further where he’ll head afterwards,” said Wellwood.