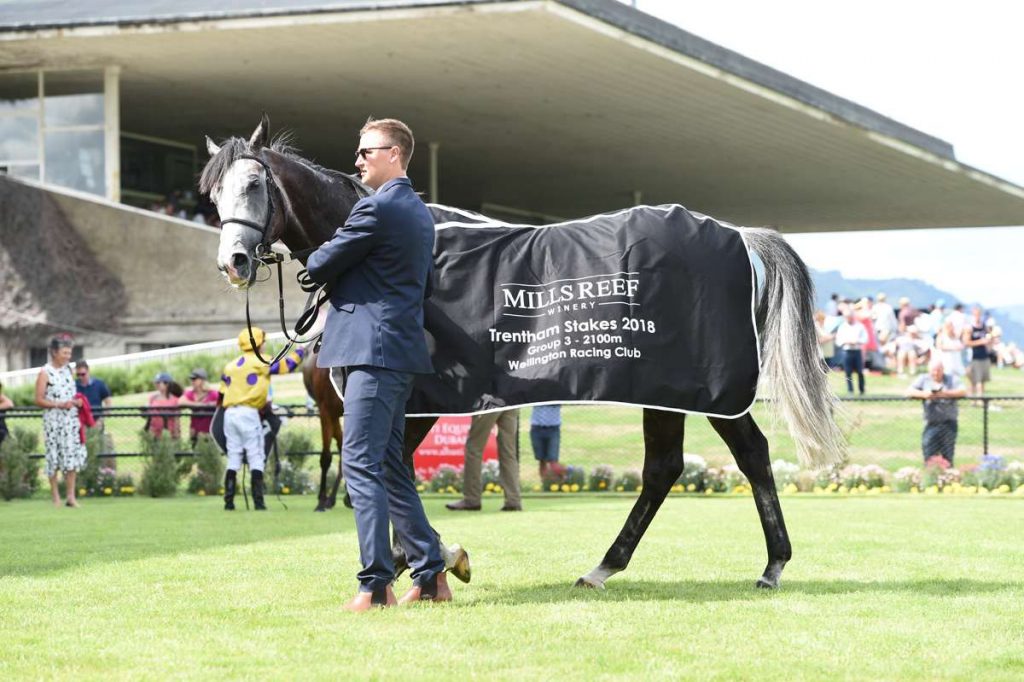 The connections of Von Tunzelman will let the dust settle on their Trentham celebrations today before confirming the handsome grey’s immediate future.

The Roger James-trained son of Zabeel claimed his most important victory when he downed Devise and Benzini in the Gr.3 Mills Reef Trentham Stakes (2100m).

“We’re over the moon. He’s probably been a bit unlucky in his last couple of runs,” said James’ racing manager Robert Wellwood. “He needs an uninterrupted run and it panned out beautifully today.

“Roger has taken his time with the horse and he showed us he was a stayer in the making when he won last season’s Kaimai Stakes.

“We’ll will see how he pulls up and then Roger will make a decision where he goes.”

Von Tunzelman enjoyed a good run in midfield before rider Leith Innes angled him into the clear across the top and he came with a well-timed finish in the straight to score by a half-head from fellow Cambridge galloper, Devise.

“They went pretty hard up front and I was able to get out 500 metres from home,” he said. “He’s got a bright future, maybe a cup race next.”

Von Tunzelman finished in behind the major players in two Melbourne starts in the spring and showed he was on the verge of winning form on his return with an encouraging run for seventh in the Gr.2 Rich Hill Mile (1600m) at Ellerslie on New Year’s Day.

“We got to the 700 metres and the track was a bit greasy and lost a few lengths, but he hit the line strongly in the last 200m,” said Innes. – NZ Racing Desk