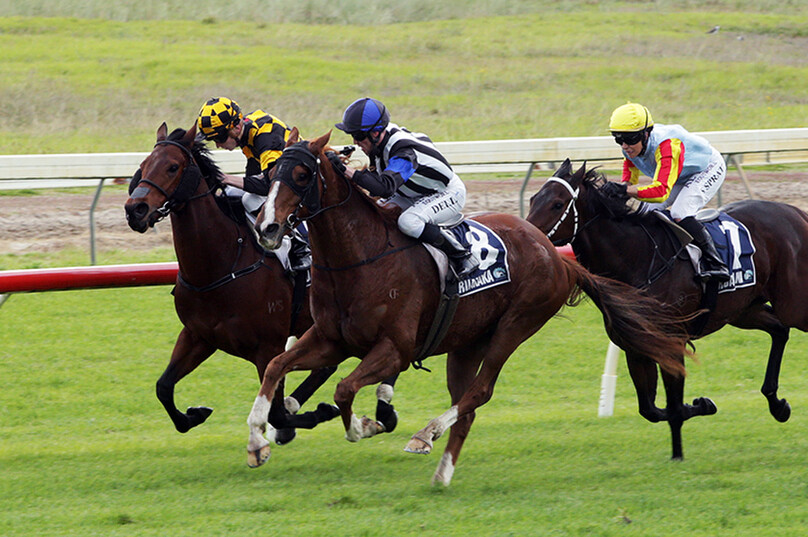 Trainer Roger James believes his promising three-year-old Hanger is finally starting to understand what the racing game is all about after he made it back-to-back victories when he took out the Fasttrack Insurance 1400 at Pukekohe.

The O’Reilly gelding has proven a frustration to his many supporters after taking seven starts to clear maiden ranks, but James was confident some hard work behind the scenes would pay dividends once the penny dropped with the horse.

“At home he’s a horse that can run any sort of sectionals,” he said.

“The key is that he’s relaxing now as we’ve done a lot of work with him.

“He can now use that sprint he has when we need it rather when he wants to.”

James had been concerned about the Heavy10 track on offer and was relieved to see Hanger handle the conditions well enough to register the victory.

“I wouldn’t think he was completely at home on it,” he said.

“I don’t think he is well suited by these sort of tracks, but he just has an abundance of ability.

Hanger is out of Gr.2 Kewney Stakes (1400m) winner Do Ra Mi and races in the familiar colours of new Cambridge Stud owners, Brendan and Jo Lindsay.

James’ fears about the ability of stable star Sherrif to cope with the heavy track conditions proved well founded with the High Chaparral gelding struggling to produce his lethal finishing burst as he battled into a well beaten fifth when contesting the Gr.2 Valachi Downs Championship Stakes (2100m) later in the day. – NZ Racing Desk