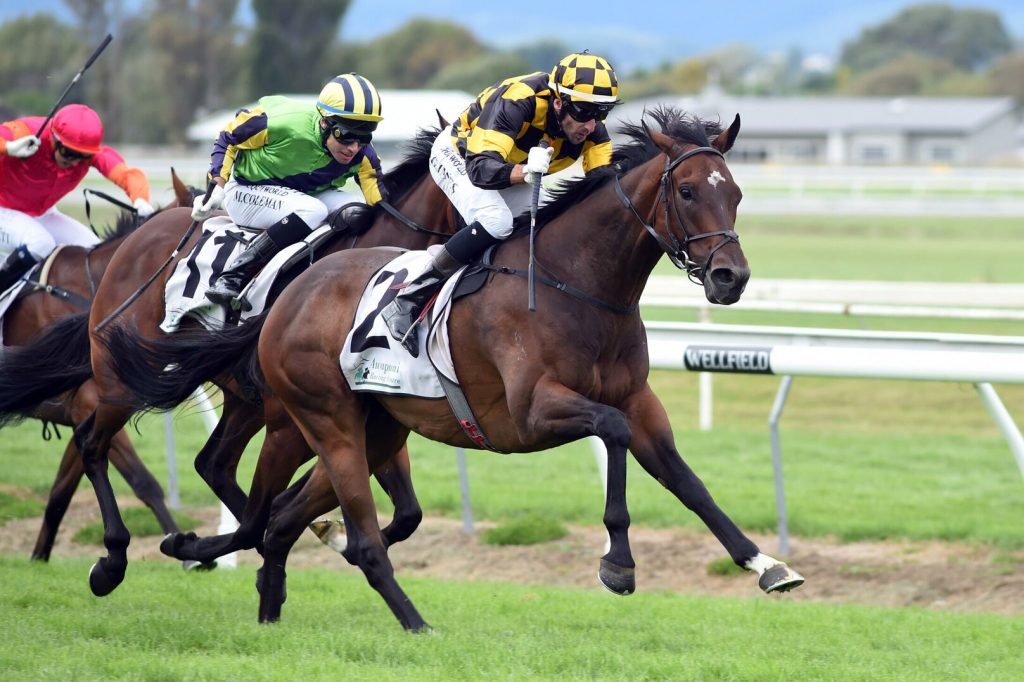 A trip across the Tasman for the talented three-year-old Sherrif remains in the balance. “We’re going to make a decision in the next few days,” Cambridge trainer Roger James said.

He will be entered next week for the South Australian Derby and then we’ll look at the nominations and decide whether he goes or not.”

Bred and raced by Cambridge Stud’s Brendan and Jo Lindsay, Sherrif has won two of his four starts including an impressive victory in the Gr.3 Manawatu Classic (2000m) at Awapuni.

At his subsequent appearance, the son of High Chaparral finished fifth in the Gr.2 Championship Stakes (2100m) at Pukekohe Park where he was sent out a short-priced favourite, but floundered in the heavy going.

“I firmly believe it was the track and he has come through the race well enough,” James said.

His immediate attention will be on the Lindsay-owned Hanger, who steps out in Saturday’s Gr.3 Inglis Sale Cambridge Breeders’ Stakes (1200m).

The O’Reilly three-year-old will be attempting to complete a hat-trick following successes at Matamata and Pukekohe Park.

“It might seem a peculiar thing to come back from a tough win on a heavy track over 1400m to 1200m on what is looking like a pretty good track at Te Rapa, but there is no rule book in this game,” James said.

“He’s very fresh and we haven’t done any work with him this week, apart from a trot and canter.

“Whether he’s sharp enough to take them on over 1200m we’ll have to wait and see. I’d be disappointed if he didn’t go a good race though.” – NZ Racing Desk