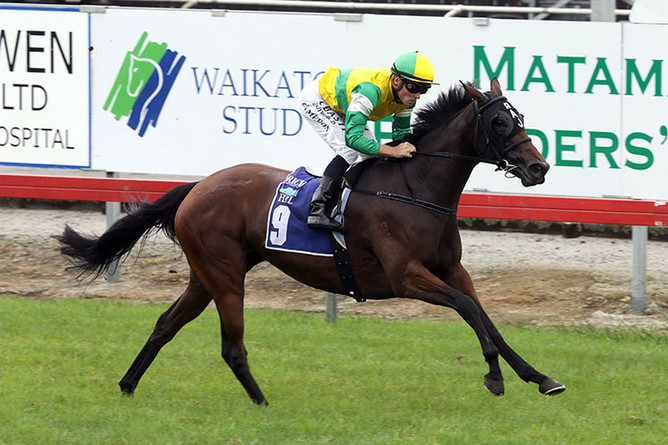 Concert Hall was set a challenge at Trentham today and the Savabeel mare rose to the occasion in terrific fashion.

In her first black type outing this preparation, she came from the back of the field to easily land the Gr.3 Wentwood Grange Cuddle Stakes.

“It was a step up, but she had been pretty dominant in the lower grades,” said Roger James, who trains with Robert Wellwood.

“That was a bit special. She was last for a lot of the race so it was a super effort. There was true pace and that helped” James said consideration would be given to a start in the Gr.1 New Zealand Thoroughbred Breeders’ Stakes at Te Aroha.

Concert Hall is now the winner of five of her nine starts for owner Joan Egan.

“It’s wonderful for Joan. She’s a passionate breeder and has had the family for a long time,” James said.

Concert Hall is out of the Carnegie mare Classic Legacy, who was successful on four occasions.

Concert Hall is our sixth Stakes performer this season and joins Rondinella, Elate, Hypnos, Last Sight and Hastobegood on the list of horses that have gained black-type in the 2018/19 season.