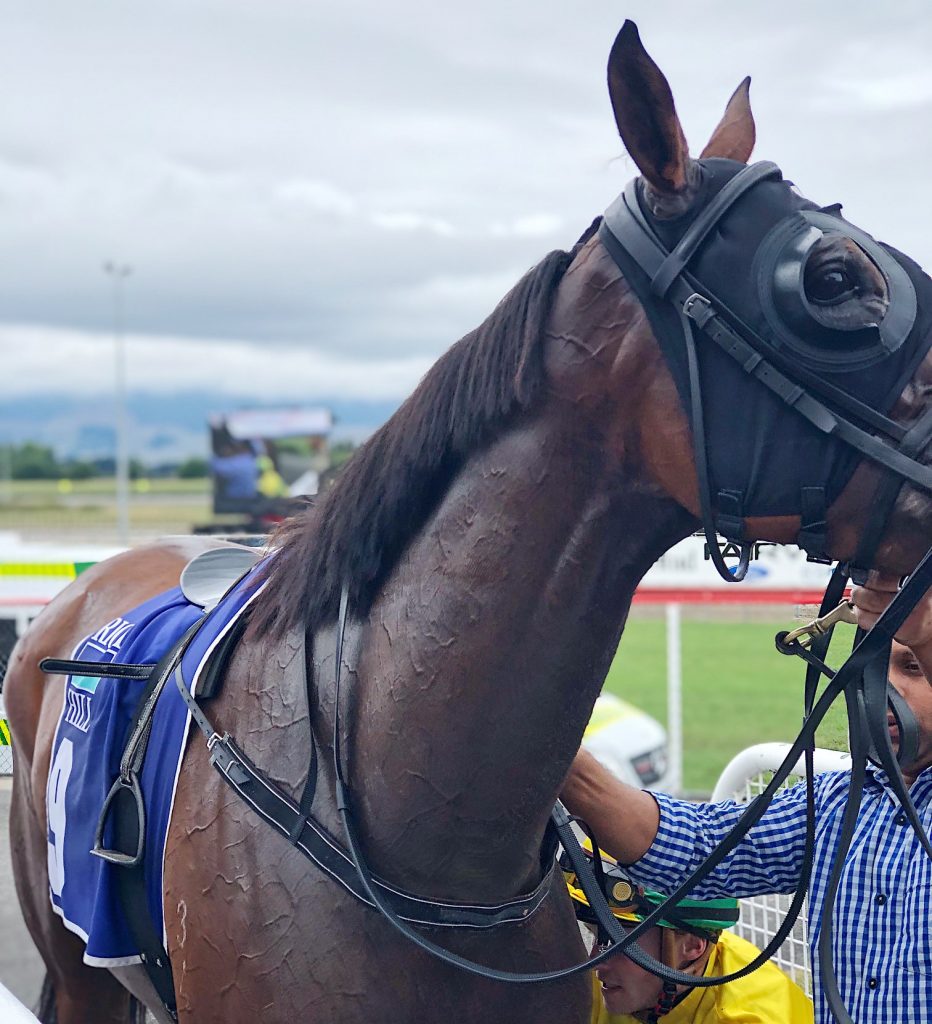 James and co-trainer Robert Wellwood will produce $5 favourite Concert Hall in the Matamata Racing Club feature but only if conditions don’t deteriorate too much.

“She’s well but I’ve got both eyes on the forecast because she won’t run on a heavy track,” James said.

“Her first-up run was on a heavy track at Ellerslie and she didn’t handle it a yard and she finished tailed-off last so there’s no point in doing that again.”

A winner of five of her 12 starts, the Joan Egan-bred and raced five-year-old mare secured favouritism for the Matamata Cup with a fast-finishing second place in last month’s Listed Karaka Classic (1600m) at Pukekohe.

“She finished off hard and was just beaten by a more seasoned horse. But that shouldn’t be the case this weekend. She’s ready,” James said.

Concert Hall was one of the big movers of last season, progressing from a one-win mare to winning four of her seven campaign starts, including the Gr.3 Cuddle Stakes (1600m) at Trentham, and ending her preparation with an unplaced run in the Gr.1 New Zealand Thoroughbred Breeders’ Stakes (1600m) at Te Aroha.

“She’s done not a lot wrong to date and if she hasn’t been in the money, she’s had a fair excuse,” James said.

“Her mid-term aim is the Counties Cup. She’s only run once past a mile and that was as a three-year-old but her form has been so good at a mile, we haven’t had to race her over further.

“But she’s that much stronger this time in and that’s just down to maturity. She’s in a good place in the handicap and it’s the right time to strike.”

James hasn’t yet made a contingency plan if a heavy track forces Concert Hall’s withdrawal on Saturday but said he wouldn’t be worried about stepping her up straight to a middle distance in the Gr.3 Ssangyong Counties Cup (2100m) at Pukekohe on November 23 if the most suitable leadup race was at 1600m.

“There are a few options but none is as good as the Matamata Cup and that’s where we want to run if we can,” he said.

Meanwhile, James has nominated stable star Rondinella for both the Gr.3 Ladies’ Day Vase (1600m) and the Gr.3 Coongy Handicap (2000m) at Caulfield next Wednesday and will assess each race before deciding which race the last-start Gr.2 Stocks Stakes (1600m) runner-up contests.

“She worked beautifully this morning,” James said after watching her trackwork at Flemington on Thursday. A decision on whether the stable’s Gr.1 gavelhouse.com 1000 Guineas (1600m) hope Hasstobegood contests the Gr.3 Barneswood Farm Soliloquy Stakes (1400m) at Ellerslie on October 26 or the Gr.2 James & Annie Sarten Memorial Stakes (1400m) at Te Rapa on October 28 will be made in the coming days. – NZ Racing Desk