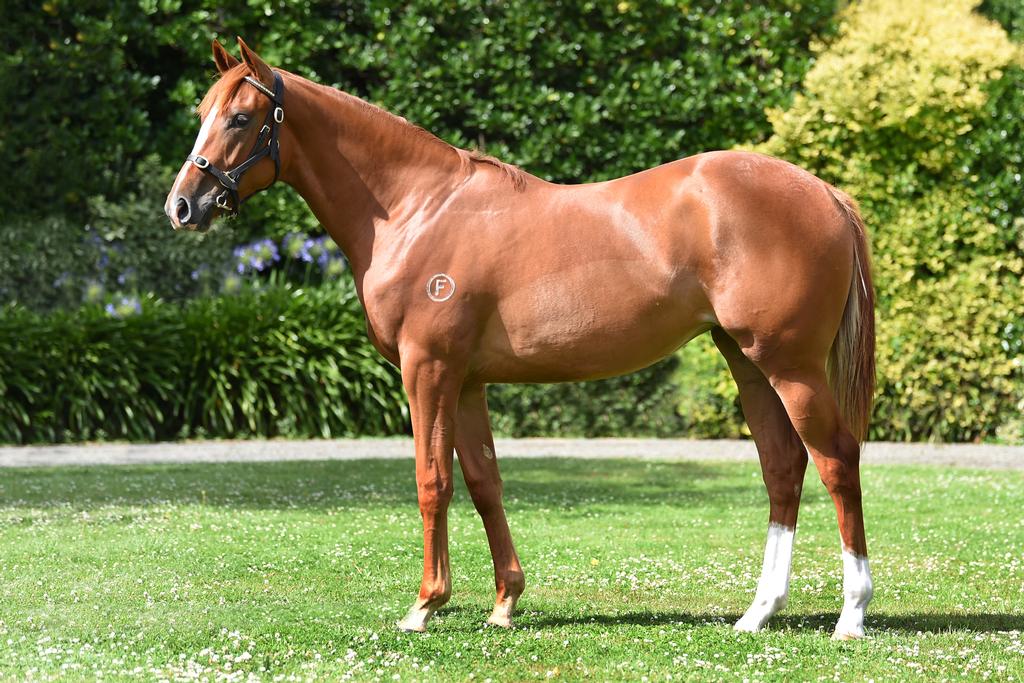 The strongly built chestnut filly made a good impression at her Otaki debut on 7 November when she was runner-up to the gelding Power ‘n’ Glory.

Sixteen days later Hasstobemagic showed the benefit of that experience to settle just behind the early leaders, then track Unition into the straight before sprinting up to him for a spirited battle over the final 200 metres. On the line, the colt held a short neck margin on Hasstobemagic, with Amor Fati shutting the favourite Cool Aza Beel out of the placings.

The second foal of five-time winner Shanina (by Testa Rossa), Hasstobemagic was bred and offered by Fairdale Stud at the NZB Karaka Book 2 Sale.  Well-known agent Robert Dawe bought her for $16,000 on behalf of New Plymouth owners Roger & Christine Hassall’s Family Trust and she is trained at Cambridge by Roger James & Robert Wellwood.

Roger James is famously patient with juveniles, but saw enough early to give Hasstobemagic her chance before Christmas. He describes the filly’s progress over the past 10 months.

“She surprised me, she came in from a spell, and had growing to do, but she improved with every week she was in work, and wasn’t put under any pressure whatsoever.

“She trialled well and put in a good run first-up when only greenness cost her the win, and then improved again.

“She’s very genuine, a lovely, balanced, no-fuss filly and she’s supremely athletic. She’s a doll and handles it all so well.”

Hasstobemagic’s recovery after her effort at Pukekohe indicates she is capable of further progress this campaign, as Roger reported on Sunday.

“She trotted up on the lead as if she was on springs. She is Karaka Million-nominated so all things being equal, I’ve got to give her the opportunity to go to that race.”