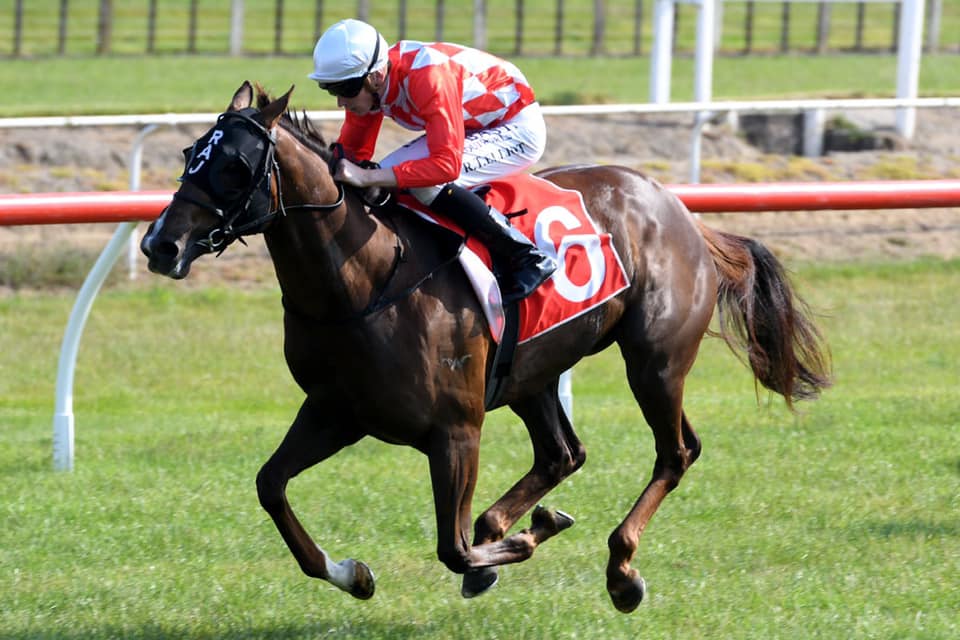 Promising filly Amal Rose (Written Tycoon) has secured a tilt at stakes level after easily accounting for her opposition in the Jeremy Pryor Sotheby’s 1400 at Tauranga on Thursday.

The Roger James and Robert Wellwood-trained three-year-old was able to clear maiden company at the third time of asking after placing behind subsequent Group One winner Loire on debut as a juvenile, before finishing second by a nose to Showboat at Taupo in September.

The daughter of Written Tycoon was duly installed as a $2.30 winning chance by TAB bookmakers on Thursday and she did not disappoint.

She jumped away well from barrier four before settling just behind the pace for jockey Ryan Elliot. He sat patiently in the trail before picking a gap down the straight and Amal Rose was able to distance her rivals to win comfortably by 3-3/4 lengths over Zakalicious.

It was Amal Rose’s first run in more than two months and James said talent was a big assist on Thursday.

“It may have been 68 days between runs, but a bit of extra ability helps us all,” he said.

“It was a nice ride and she had a lovely run in the race. No doubt there is improvement in her. What impressed me was the way she strode away from them.”

James has a lot of time for the chestnut filly and is now eyeing a tilt at the Gr.2 Ladies Mile (1600m) at Ellerslie on Boxing Day.

“The Eight Carat would be the natural way to go, providing everything is right with her. I think it will be a lovely race for her.”

Elliot, who has ridden Amal Rose in all three of her starts, was also effusive in his praise for the filly.

“From the first time I trialled her she has always been a bit special, but it’s always trying to get the right run with her and get her rolling,” he said. “I stayed one off the entire race just to give myself the option of going either inside or outside. She got a nice trip and did it easily.” – NZ Racing News