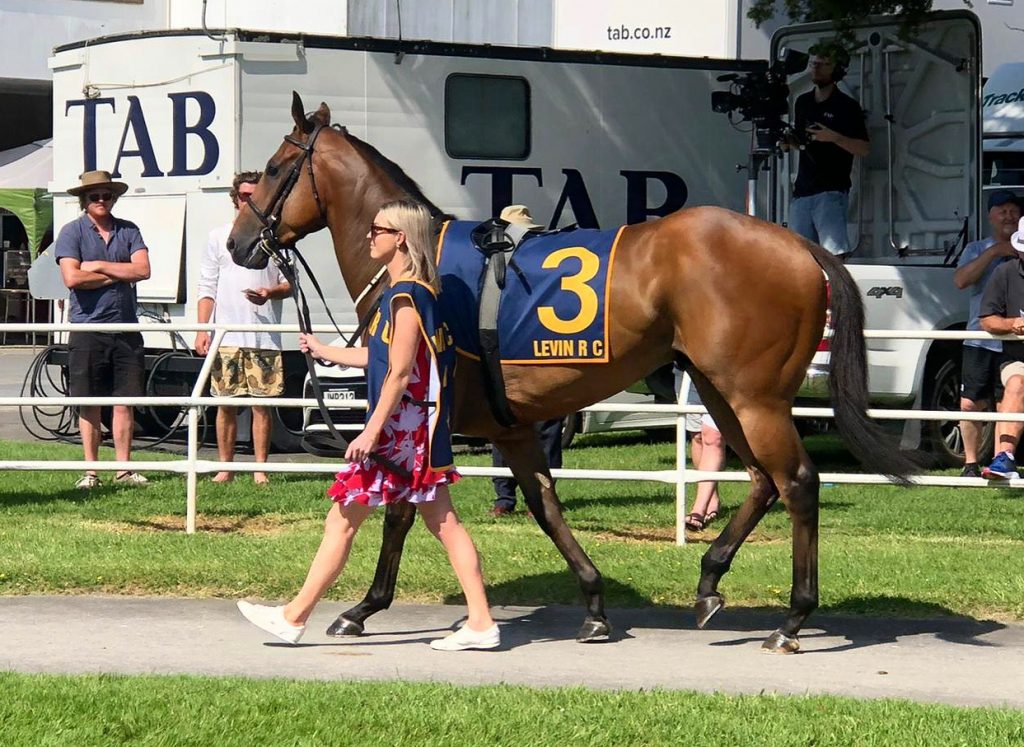 Shenanigans prior to placing second in the G3 Wellington Stakes

We are thrilled with the stellar performance made by three-year-old gelding Shenanigans in yesterdays G3 Wellington Stakes at Otaki.

Making his second race day appearance following a debut win, Shenanigans raced near the tail of the field and catapulted to the front in the concluding stages of the race to be beaten by a nose on the line.

Following a proud family tradition, Shenanigans is bred and raced by Christopher and Susanna Grace. By Ocean Park, he is the last foal out their blue-hen mare Trocair who has produced dual G1 winner Shillelagh and stakes winners Tullamore and Grazia.

Roger has had a long association with both Shenanigans’ maternal and paternal families having purchased his dam (Trocair) and also the dam of his sire Ocean Park (Sayyida) as yearlings.

Congratulations to Christopher and Susanna, it is such a privilege to be entrusted with such superb bloodstock. We look forward to an exciting future with him.