One More Time impressive at Avondale

In One to watch, Racing success 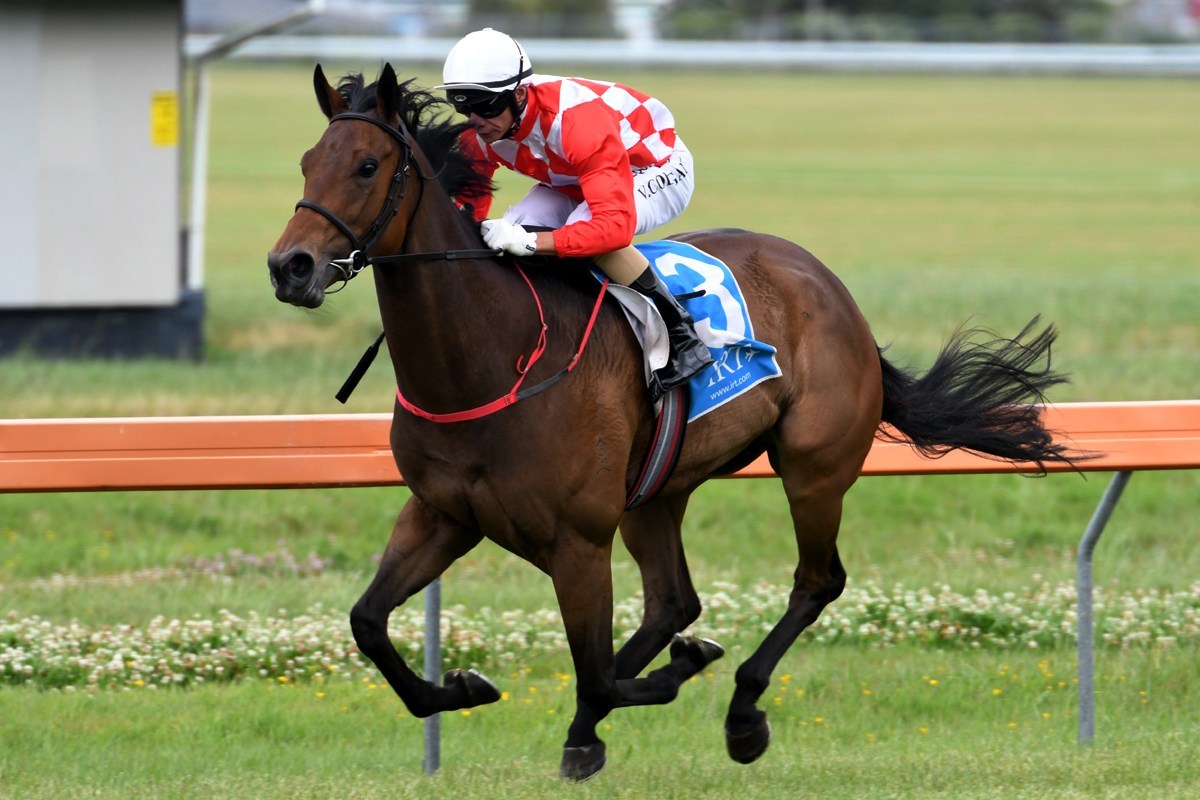 The Roger James and Robert Wellwood-trained One More Time (NZ) (Per Incanto) couldn’t have been more impressive on debut when scoring by six lengths in a 1200m maiden at Avondale on Wednesday.

The daughter of Per Incanto had won both of her trials in readiness for her raceday debut and led throughout under Vinnie Colgan to score in the slick time of 1.09.16, cruising to the line under a hold.

“She has shown a lot the whole way through,” James said. “She has been a bit weak but she is handling everything very easily now.

“It didn’t surprise me to see what she did today, albeit I didn’t imagine she would be quite that stunningly impressive, especially given the time she has run.

“She has only gone 1200m to this point, so we need to learn a bit more about her before we make definitive plans but it is nice to know that we have got one with rare ability.”

Bought from the draft of Prima Park at last year’s Ready To Run Sale, James and Wellwood went to $60,000 to secure the daughter of stakes-performed mare Aaja Nachle, who was bred by Narendra Balia.

“She was a physical type of filly and she was going to bring the sort of money that we wanted to spend in order to syndicate her and the fact that the owner stayed in helped us do that,” James said.

“That is the third generation that Narendra has been involved with and the dam and the grand dam (stakes winner Madhuri Dixit) both won on debut at Avondale as well.”

The in-form training combination of James and Wellwood have already put plenty of work into scouring this year’s Ready To Run Sale catalogue, with the sale to take place later this month, with a view of finding another promising galloper.

“Syndication is a good way to involve people and there are a few first-time owners in this filly today, so it would be nice to do the same again if we can and see if we can find one for similar money,” James said.

“Everything we are lining up is going quite nicely, so long may it last.”