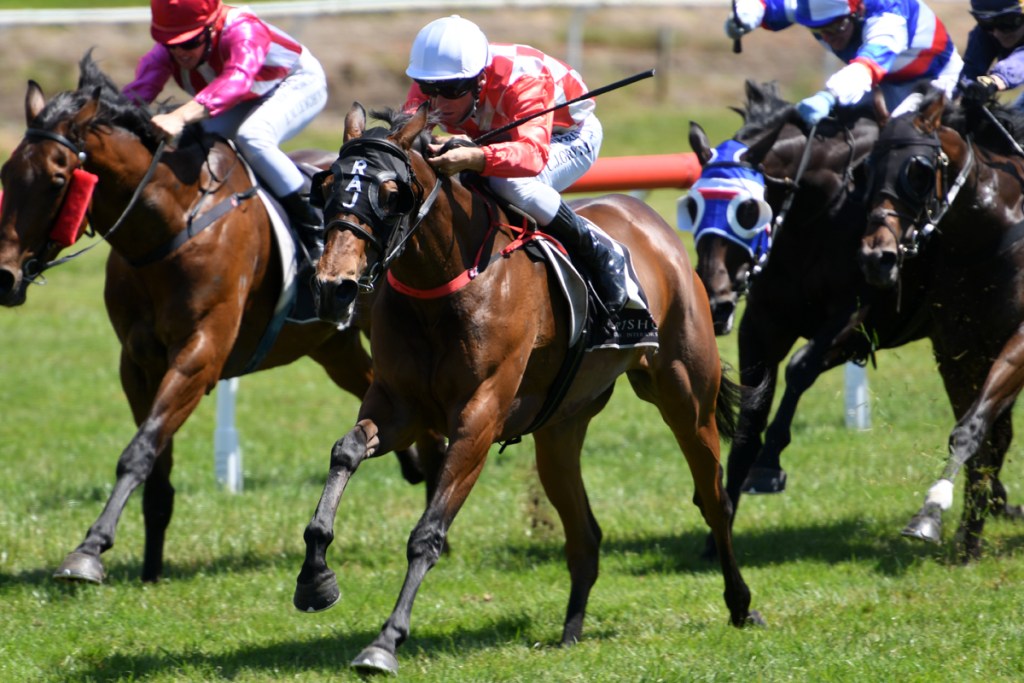 The Roger James and Robert Wellwood-trained Apostrophe broke maiden ranks in style on Wednesday, coming from off the speed to triumph over 1400m.

The four-year-old daughter of Tavistock had been luckless at her previous start when stopped in her tracks at Te Aroha.

“It was a very nice win. She is a mare that has always shown a little bit of ability but had quite a bad injury at three,” Wellwood said.

“She had a long time off the scene and was very luckless at Te Aroha. She put it all together today and I think we will see more and more of her as the season goes by.

“I think a mile to 2000m will be her go. I don’t think she is a real dour stayer and the way she quickened today if she can put it all together there is probably a decent race in her.”

The stable also tasted success with four-year-old gelding Dionysus, who dug deep to win over 2100m and land his second win from seven starts.

“He’s a horse that has always been mentally and physically immature but piece by piece is putting it together. He is probably still eight or twelve months away from his best, but it was a good win today,” Wellwood said.

The Cambridge stable came out second best with three-year-old filly Principessa finishing runner-up to Roseberg over 1400m, but the OTI raced daughter of Vadamos looks a promising type.

“If she drew a barrier she probably goes close to winning today, but unfortunately she drew poorly and the rail was out, so it made it very hard but she was game in defeat. She is certainly a filly we are going to enjoy seeing progress through some of the fillies black-type races,” Wellwood said.

Principessa is bred to get over further with her mother a sister to Gr.1 Melbourne Cup (3200m) winner Prince Of Penzance.

James and Wellwood are enjoying a fine season with nine wins on the board from 58 runners, including stakes winners Cheaperthandivorce and Two Illicit, with 28 top-three finishes.

“We have got some really nice horses and some horses that haven’t even stepped out yet, so it is exciting,” Wellwood said.

“Let’s just hope they can continue in good form and hopefully we will be even more prominent over the Christmas and New Year period.” – NZ Racing Desk

To watch the replay of Apostrophe’s win click here.

To watch the replay of Dionysus’s win click here.