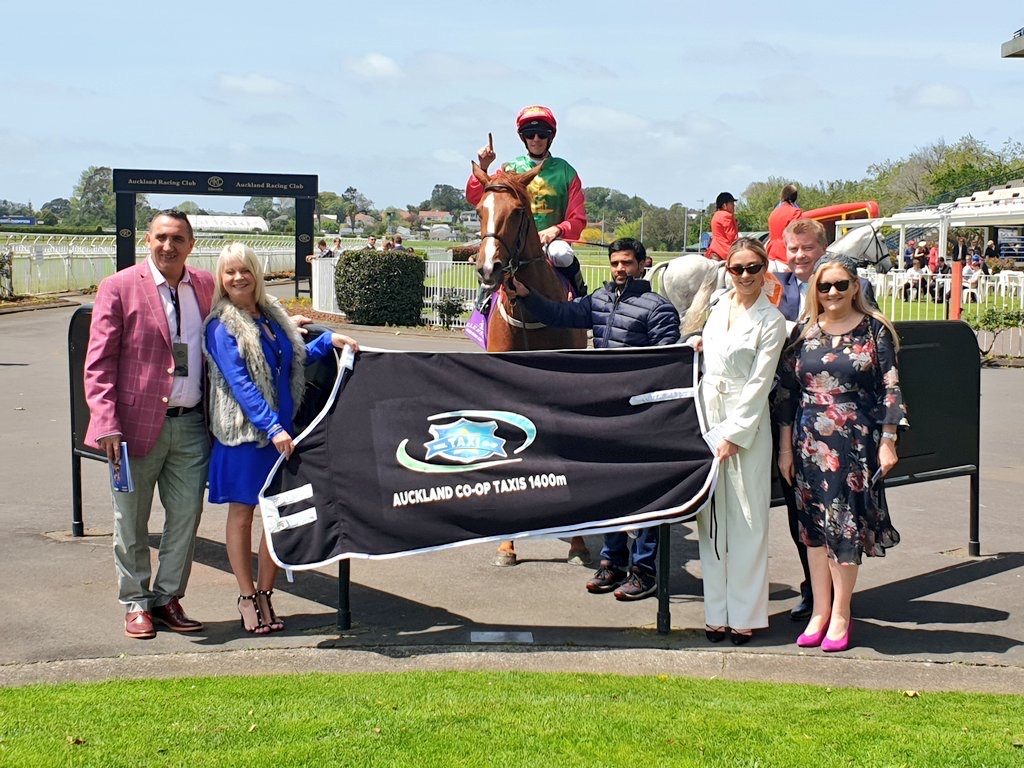 Two Illicit and her winning connections

An excellent result at Ellerslie for Kingsclere trainers Roger James and Robert Wellwood with Two Illicit taking out the first on the card.

The Trelawney Stud owned and bred three-year-old filly was unlucky in the run to the post but showed serious class when letting down to savage her rivals in the concluding stages of the race.

Congratulations to her owners Brent & Cherry Taylor and Faith & Jane Taylor, she is a filly that looks to have plenty more in store.