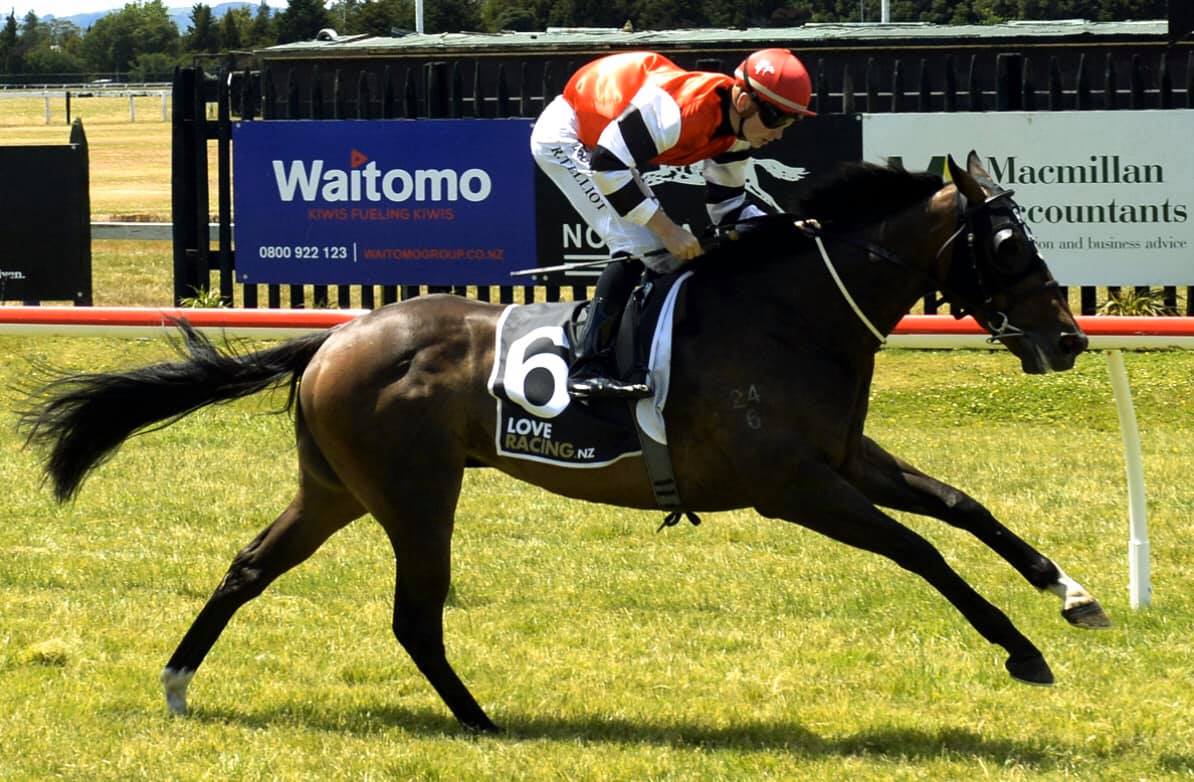 Promising three-year-old galloper Reggiewood (NZ) (Redwood) put himself into Classic calculations after his win in the MacMillan Accountants 1950 at Rotorua on Wednesday.

Reggiewood was backed into $1.90 favouritism by punters after his last start runner-up performance at New Plymouth and he did not disappoint.

In the colours of famed New Zealand galloper Phar Lap, the gelding settled to the rear of the field for jockey Ryan Elliot before he was improved five-wide turning for home. The son of Redwood was able to show his ability when running away to a 3-3/4 length win over Atomic Kitten (NZ) (Makfi), with Hey Soul Sister (NZ) (Tavistock) back in third.

It was his first win from three starts and trainers Roger James and Robert Wellwood are expecting a big future for Reggiewood.

“Roger and Robert have spent a lot of time and let him come to hand quite steadily,” stable representative Zach I’Anson said.

“He has only had a couple of runs and each time he has gone to the races he has improved.

“The further he goes the better he will get.”

“Last start was only his second start, it was over a mile, he still really doesn’t know what he is doing,” he said.

“First time with the blinkers on today he was a bit standoffish, but he really accelerated, travelled into the race and put them away nicely.”