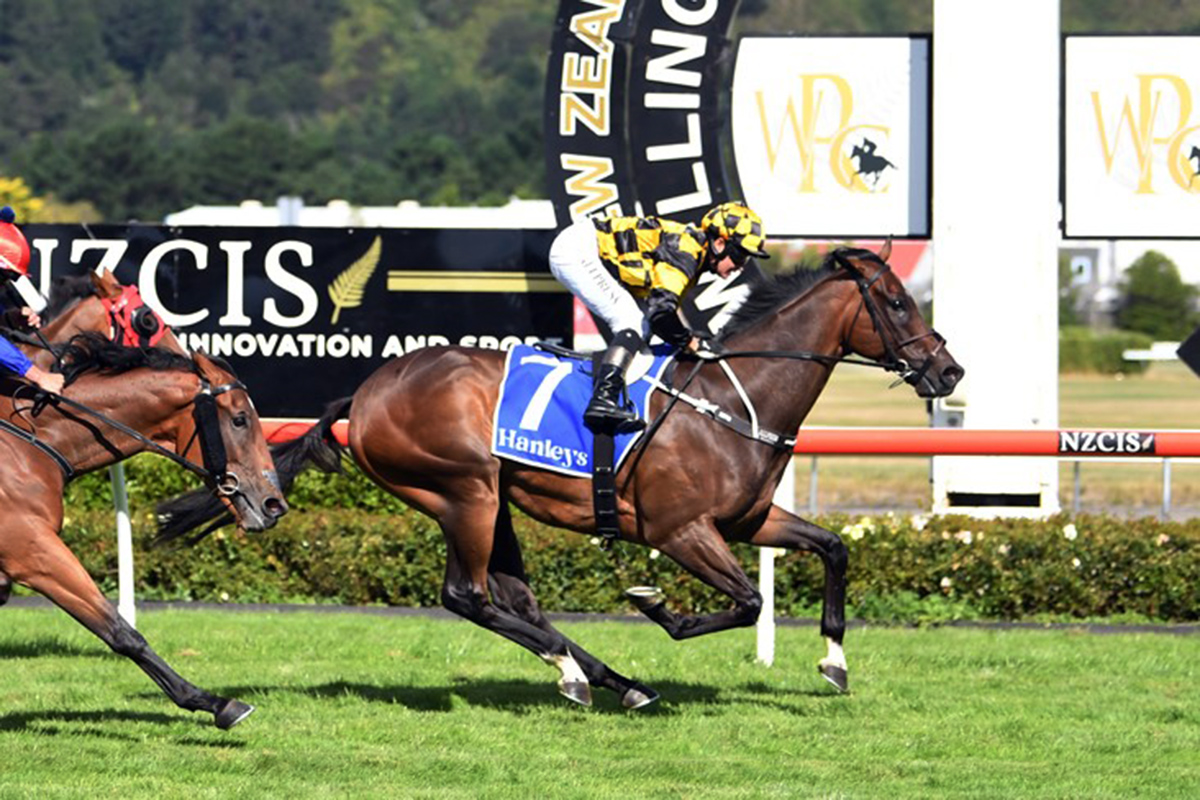 Carrying the familiar black and gold checks of owners Brendan and Jo Lindsay, Sherrif dashed clear in the final 200m to record his second consecutive victory since making his return to racing following a fifteen-month absence from the track.

James, who prepares the High Chaparral five-year-old with Robert Wellwood, believes the horse has overcome his immaturity issues and is ready to tackle stronger company which could include a trip across the Tasman if he continues his current vein of form.

“I believe he is back to his best after being subject to immaturity problems and issues his whole life,” James said.

“I believe he is over them and we are going to reap the benefit of our patience from here on in.

“I was reasonably confident of a win (on Saturday) as he is a high-class animal and we have had a trouble-free prep with him.”

James will consult with the Lindsays in the coming days to determine the next step for his charge.

“I’m going to consult with the owners this week and I’ve got a few options to throw at them,” he said.

“While he is at such a nice place in the weights we may even look offshore.

“We’re under no illusion that it is a big step-up but I do have a lot of confidence in the horse.”

James is also delighted with the recovery of his three Gr.1 New Zealand Derby (2400m) runners with Two Illicit, Reggiewood and Monlula all having come through their exertions in fine style.

“They have all pulled up incredibly well,” James said.

“All three will probably be looking at Australian options.”

James also advised he would be looking at options for quality mare Rondinella, who finished sixth behind Avantage in the Gr.1 Bonecrusher New Zealand Stakes (2000m) on Saturday, but believed the five-year-old mare was looking for some cut in the track to regain the form of 12 months ago, where she finished third in the Gr.1 Tancred Stakes (2400m) at the Sydney Autumn carnival.