James and Wellwood to rely on girl power

It will be something of a ‘girls day out’ for star members of the Roger James and Robert Wellwood stable on Saturday.

The Cambridge training duo will produce mares in three Te Rapa features on Saturday and tackle the Gr.3 Lawnmaster Eulogy Stakes (1600m) at Awapuni with  a couple of emerging fillies.

It will be a case of take two for Two Illicit, who was set to start favourite in last Saturday’s Gr.1 Rydges Wellington Captain Cook Stakes (1600m) at Trentham before that meeting was abandoned after the first race showed the track was unsafe. 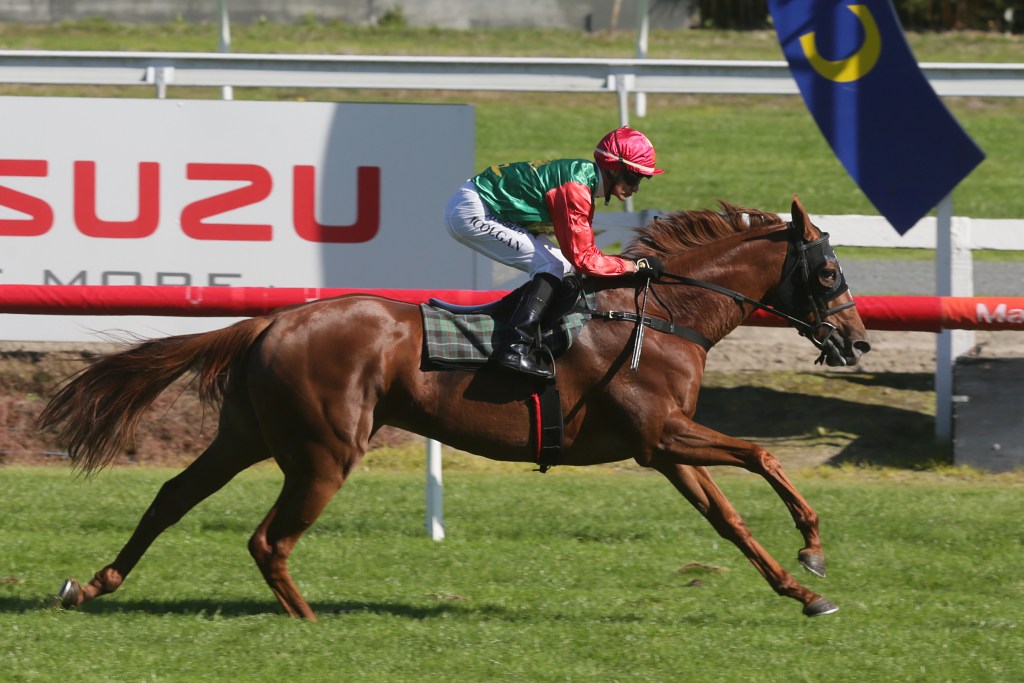 With the Captain Cook Stakes rescheduled for Te Rapa on Saturday, Two Illicit will again take her place, though this time with Danielle Johnson booked to ride with engaged jockey Vinnie Colgan cruelly robbed of his opportunity through the timing of a suspension.

“I went down to Wellington with a good level of confidence. She had drawn well, her work had been stunning and with the big roomy track, it seemed everything had fallen into place,” James said.

“For this Saturday, she’s drawn awkwardly (in barrier 12) and there’s no doubt that at any distance, a good draw is a big help. But I’m still very happy with her. We’ve got a new rider on and we’re going to need a 10 out of 10 ride from her.”

James said Two Illicit had taken no harm from her trip away.

“She’s a pretty seasoned traveller, though it has been her achilles heel that she sweats a lot,” James said.

“We’ve changed things around a bit with her travel and I’d say she’s handled this trip better than most. I wouldn’t have been doing as much with her in training had she not travelled as well as she did. She’s pretty ready. I’m very happy with her.”

Safely through Saturday’s race, Two Illicit is likely to head towards the Gr.1 Cambridge Stud Zabeel Classic (2000m) at Ellerslie on Boxing Day, when she is likely to come up against her stablemate Concert Hall, who won the race last year.

James and Wellwood entered Concert Hall for Saturday’s Captain Cook Stakes but have opted for the Gr.2 Cal Isuzu Stakes (1600m) against her own sex as her lead-up to the Zabeel Classic.

“Concert Hall is essentially a distance mare and she’s getting ready for the Group One she won last year on Boxing Day and this looks a better option to lead into it,” James said.

“I’ve been happy with her all preparation and she’s in grand order again. But whatever she does Saturday, she’ll be better when she goes 2000m on Boxing Day.

“She’s drawn well enough (in barrier four) to be a big threat on Saturday. Showoroses will be hard to beat again but for our mare, this is a leadup to Boxing Day; it’s not her grand final. If she runs a nice race, she’s right on target.”

Rounding out the James-Wellwood trio of mares in Group features at Te Rapa is progressive stayer Cheaperthandivorce, who tackles the Gr.3 SkyCity Hamilton Waikato Cup (2400m).

Fourth in the Gr.1 New Zealand Oaks (2400m) at Trentham last season, Cheaperthandivorce finished third in the Gr.3 Counties Cup (2100m) at Te Rapa last start following wins at Hastings and Trentham – in the Gr.3 Thompson Handicap (1600m) – in her first two runs back this preparation.

“Her work was enormous on Tuesday. Danielle came in and rode her and she was suitably impressed,” James said.

“The mare goes into the race in great order. She’s a mare that doesn’t take a lot. She’s light-framed and clean-winded. Going into the Oaks in March she was a weak filly and that’s just seven months ago so she’s only going to get better and better.

“We’re going to learn a lot on Saturday but I can see her getting two miles, though probably as a five-year-old. She’s never been a big feeder but she’s feeding constantly this preparation. Last year we had her in cotton wool to get her anywhere but she is handling the preparation really well.

“We’ll ride her a bit more conservatively. It seemed to me that last time she got to the front a bit early and wasn’t quite certain; she got a bit lost perhaps. She might be a bit better with something to chase.”

James and Wellwood, who will also produce Deep Beauty and Assertive Nature on the Te Rapa undercard, will be represented by promising fillies Avalene and Achieve, both last-start winners, in the Eulogy Stakes at Awapuni.

“It was good to see Avalene win like she did at her only start. She’s a half-sister to Concert Hall and I thought she deserved a go at Group company after that,” James said.

“She hasn’t disappointed us with her work. She’s still learning but she’s pretty professional. It’s going to be a different pressure to what she’s experienced so you have to take her on trust on that.

“Achieve is a stayer in the making. She’s very relaxed in everything she does and she has a great attitude. She’s eating up the 1600m but once she gets to 2000m, she’ll be even better.” – NZ Racing Desk